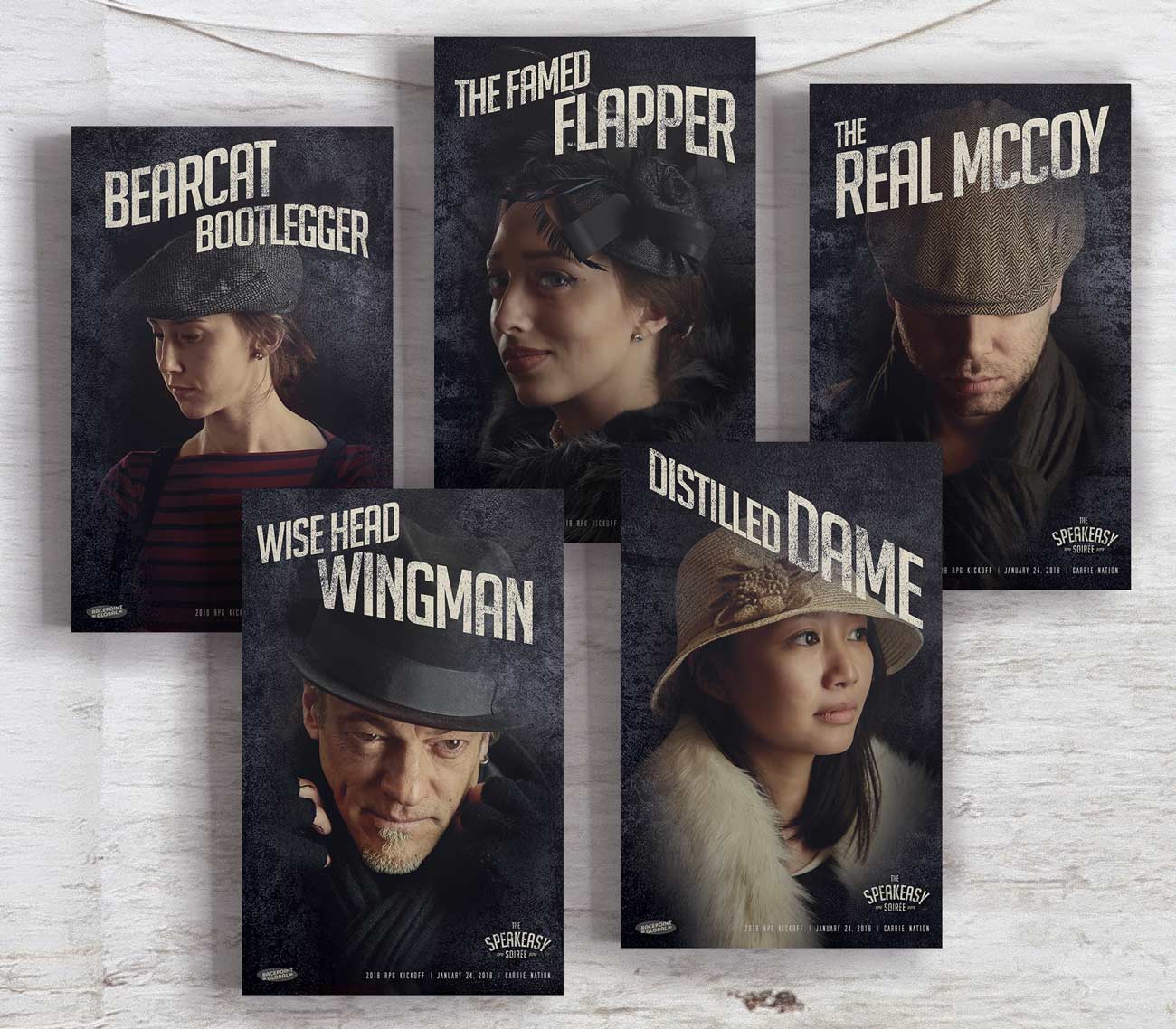 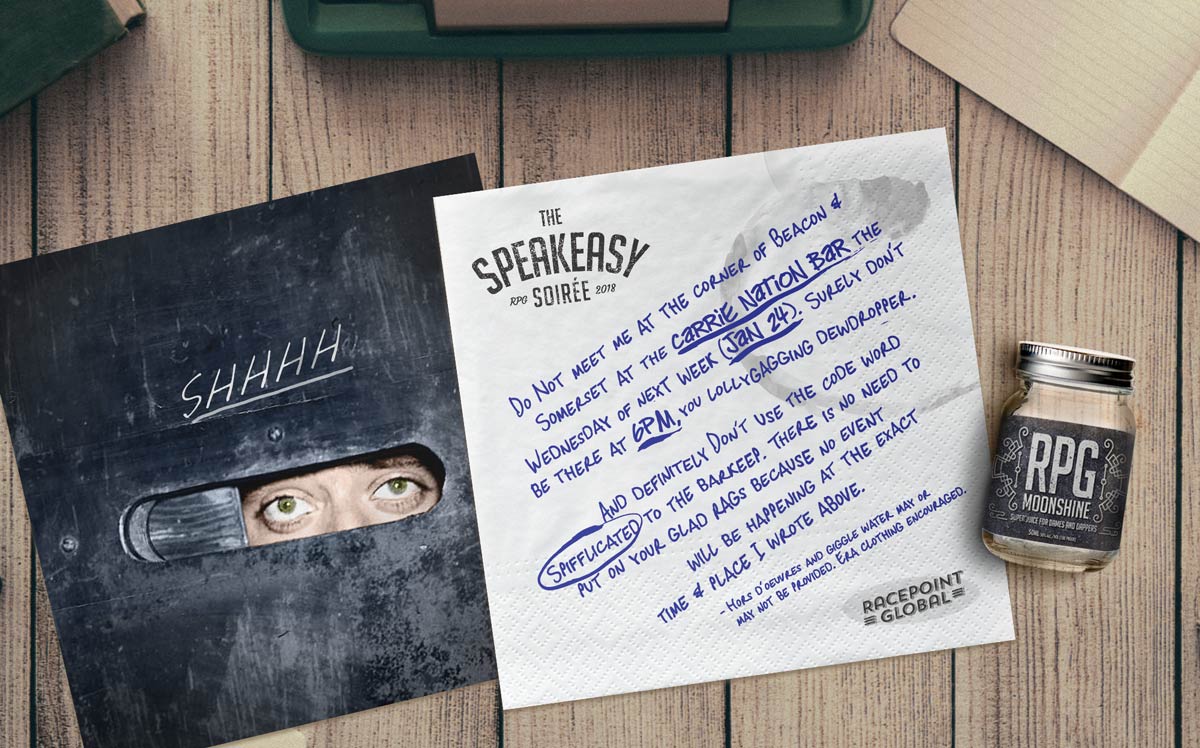 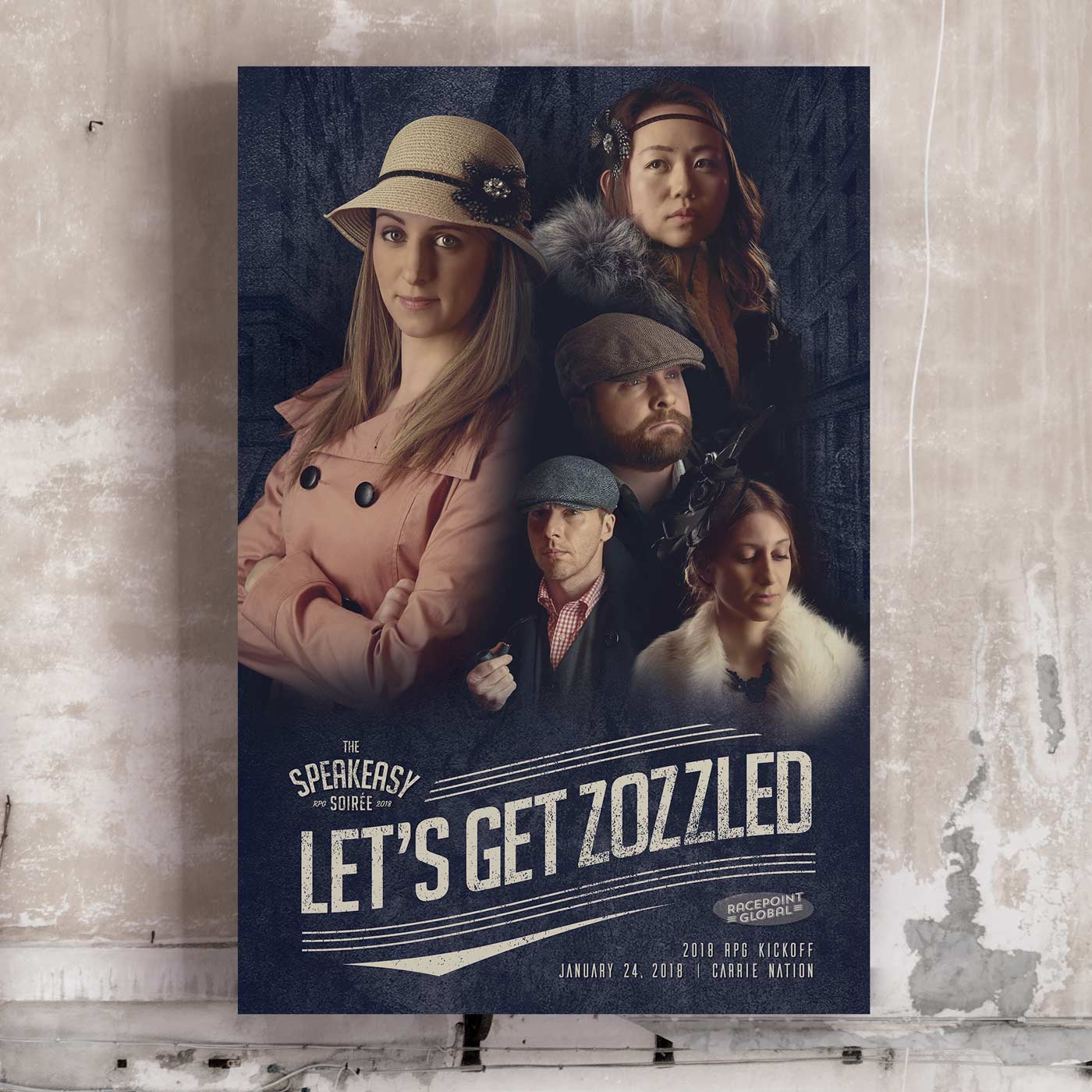 Every January, Racepoint Global kicks off the new year with an agency cocktail party at a special location in the city. The creative department is tasked with creating printed invitations, posters and flyers to generate hype and excitement. The theme for 2018: 1920’s prohibition at an old swanky speakeasy called Carrie Nation.

To pay homage to the secretive nature of drinking alcohol in those times, we created a campaign of secrecy and alcoholism. First, we tease the campaign by placing notices in the bathrooms at the office stating that no alcohol will be served at this year’s kickoff party in order to initiate confusion. Then we handed out “napkin” invitations to “give people the slip” in a playful tone on how they can still satisfy their itch to drink despite these “new restrictions.” As a finishing touch, we included an actual moonshine nip with custom labels. Then we did a high end photoshoot, capturing our fellow colleagues in their best 1920’s garb, creating several posters labeling them as alcoholic badasses, which were then displayed for all to enjoy at the party.